Offering low- (and no-) alcohol cocktails has become a key part of any beverage program, but Chicago’s Sable Kitchen & Bar doesn’t stop there. On the bar’s recently released menu, each cocktail listing also includes the drink’s alcohol by volume.

“It was a two-fold process,” says head bartender Jenee Craver​. “I wanted to educate my bartenders on ABV calculation and in turn give them a more approachable way to educate guests on what cocktail is most suitable for their taste in a way that looks beyond flavor profile. I always want our guests to constantly be learning and growing and becoming better consumers any time they join us.”

The menu lists drinks from lowest to highest ABV, from the 13-percent Ice Cold Lemonade with Singani to the Big Hunk of Love, with peanut butter-infused bourbon, Fernet, and crème de banana. There are also a couple of zero-proof options.

“Let’s say the gin is 40 percent. Use the decimal form and multiply that by the total volume of the gin that's going into it. So two ounces times .4 is 0.8. Then you do the same thing for vermouth, which is typically around 0.18, so we’ll multiply that by one, and add it up. So that’s 0.98 at that point.” 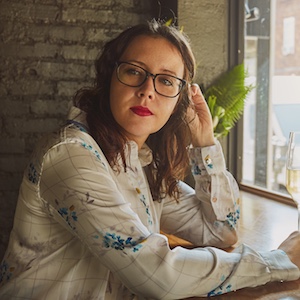 The next step is figuring out dilution.

“The easiest thing is just to plug it in half an ounce of dilution to the total recipe,” she says. “Then you add up the total volume of the drink including dilution. If this wasn't a martini and it had a simple syrup or citrus or anything else, that would all come into the volume. Your total volume for the drink is 3.5 ounces, and then you take the total amount of the liquor. So 0.98 divided by 3.5 ounces, gives you 0.28. So it's 28 percent ABV for the martini.”

Craver says that listing ABV allows bartenders to help patrons better plan their evening—Are they just having one? Or will they be sticking around for a few?

“If they're planning on having a long night out, we could guide them to lower ABV drinks,” she says. “It’s another way for the staff to feel like you're guiding someone in the right direction instead of just kind of guessing and being like, ‘Well, I know the sum of all these alcohols together are pretty low, so I think we're fine here.’”

She adds that one fear with writing the ABV on the menu was that a patron would come in and specifically choose the highest one.

“We were kind of worried like what happens if a friend comes late and they're like, 'I've got a lot of catching up to do, so I'll do like three of these cocktails,'” she says. “Of course we'll be like, ‘Listen, we just do one drink at a time here. When you finish that we'll be happy to get you another one.’ We'll just take it slow here.”

For Craver, it comes down to safety and transparency with her patrons, while offering a range of options for every type of drinker.

“This whole trend of low ABV cocktails isn't really going anywhere,” she says. “Having the ABVs listed helps guests discern what cocktails they can kick back with and last all night without tapping out or what options might be perfect for a nightcap."

Related: These Cocktails Have Loads of Spirit, but No Booze, Spritzes Take Drinking From Day to Night